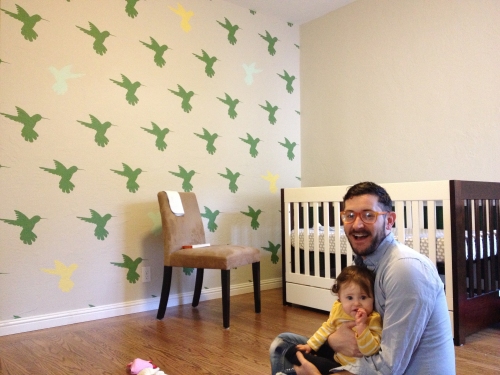 My bestie, Jeff Hinchee, and I were whisked away to San Francisco for a long weekend to help our pal Merav with her new house.   Over about 4 days, we tackled three major projects in her daughter’s nursery that completely transformed it into a perfectly playful modern space.   While Merav and Jeff sanded and painted an oak dresser we found on Craigslist, I put a stencil Merav had meant to use years back finally to good use and then we finished the room off with some molding and chalkboard paint as a canvas for Dor to express herself later on.   Obviously, as you can tell from the photos, the room still needs a lot of TLC, but I think it’s a great backdrop for Merav and Dor to work with! 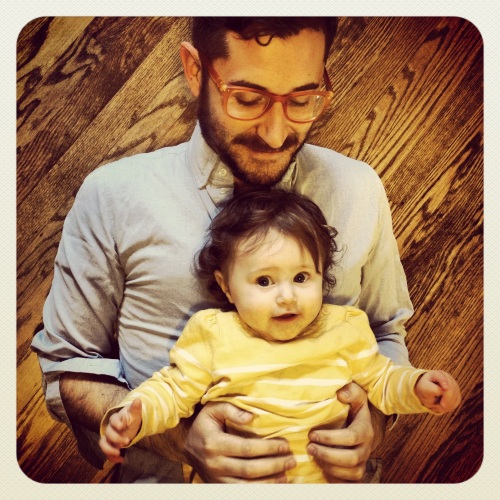 Jeff with the lucky recipient of our hard work. 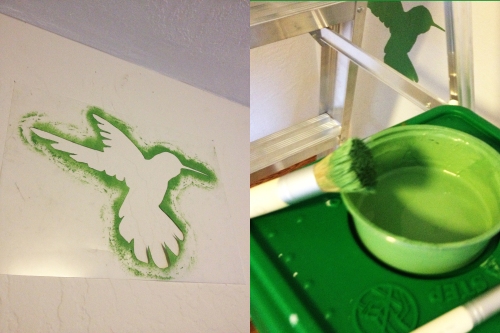 I used repositionable spray adhesive to keep the stencils on the wall and classic stencil brushes with a small amount of paint to make it a clean and precise job. It is better to do two light coats with a stencil than to risk getting any paint under the edges. 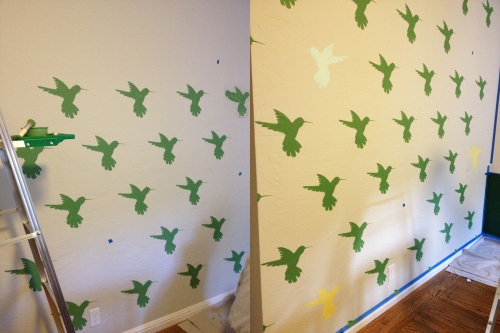 We marked the spots for the two accent colors with tape so we could space them out evenly without being too predictable.

I turned the blue birds backwards for something a little unexpected.

Jeff taped off the wall and painted two coats of classic green chalkboard paint to two of the walls. When Dor can hold chalk, this will make her room an interactive space where she is allowed to freely draw on the walls!

We nailed a very small chair rail above the chalkboard paint to make it feel more built into the wall. As Dor draws and erases on the bottom portion of the wall, the green will lighten considerably. 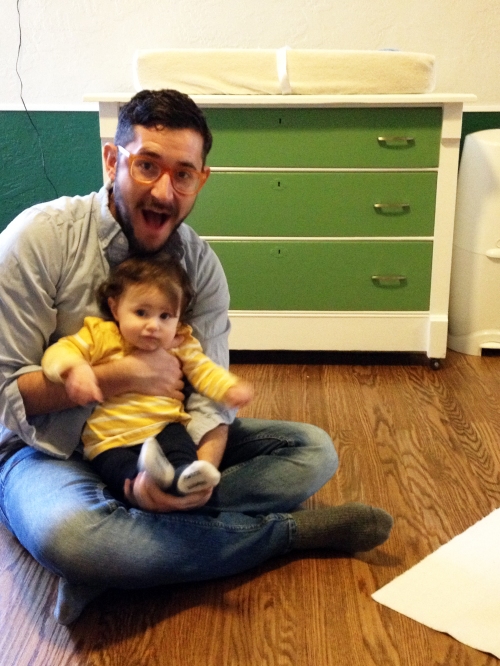 Merav and Jeff lightly sanded the varnish off of the oak dresser, primed and painted it and swapped out the hardware with something more clean and modern.