The Copy: Clustered tissue fans and streamers create a lovely backdrop for this tea party shower.

I don’t know about you, but I love Pinterest.   LOVE IT.   But for a while there, I think I was just creating an internet-only beautiful life that I wasn’t fully living.   Virtual life no longer!  I’m cooking the recipes, crafting the crafts and using the inspiration boards for my own decor.  Here’s what I tried out for my latest party!

The Pin: Tissue paper cluster in a gorgeous color palette.

This is the ultimate Pinterest Tuesday because I pretty much trolled the site for this whole baby shower!  In fact, one of my guests walked in and said it looked like Pinterest had thrown up all over my yard.  I’ll take that as a compliment.  After throwing a high tea shower in a nice restaurant last year, I wanted my at home version to feel just as nice, but since it was for a lot more people and some of their kids, I needed inspiration…and I needed it badly!

It would be ridiculous to show you all of the pins I used, from ombre cakes to long tables, because there are just too many!  Instead, take a peek at my entertaining board to see what else inspired this event! 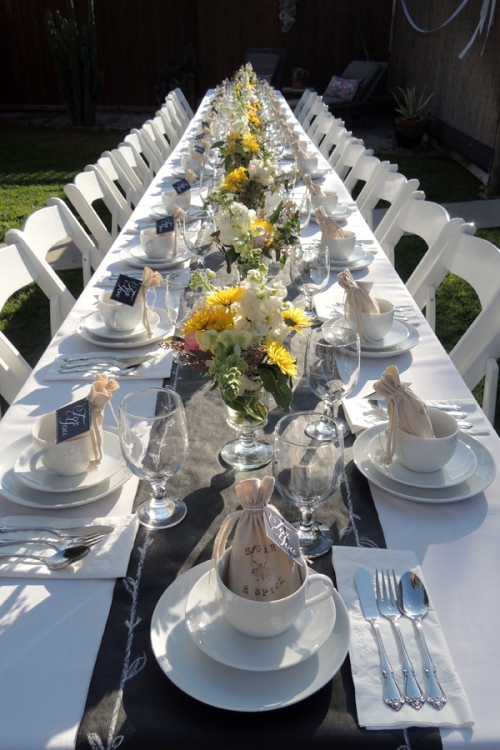 A long, elegant table with small floral arrangements down the center. I used our own wine glasses as vases! 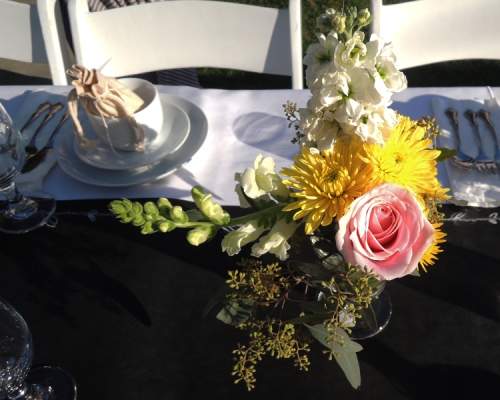 Simple, small flower arrangements from bouquets bought at Trader Joe’s saved me SO much money!

I set up a picnic style tea party for the kids so the adults could enjoy the party. Worked like a charm! 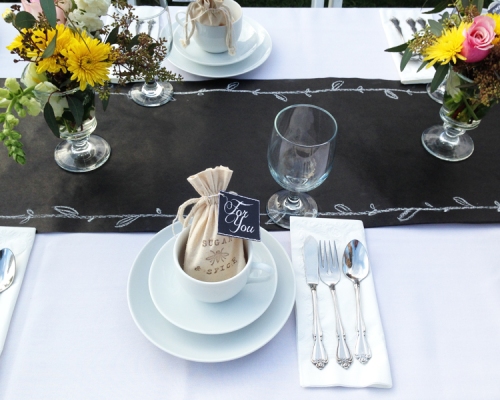 I used charcoal kraft paper for the runner and decorated it with a chalk border. Cheap and cheerful.

Apple pies made in a cupcake pan are the perfect size!

I made ombre petit fours and bought some girly looking macarons. It really helps to mix homemade with store bought when you have a lot of guests!

The kids were stealing and squirreling away sugar cubes all day. I found little hidden piles of them all around the yard throughout the week! Sneaky!

I made five different sandwiches for the party, some classic, some new and they were really quick to put together on the morning of. 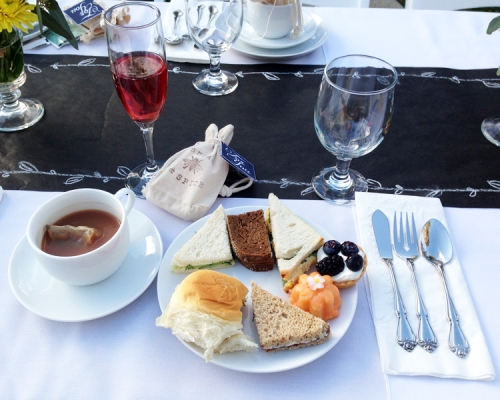 This was just my first round… 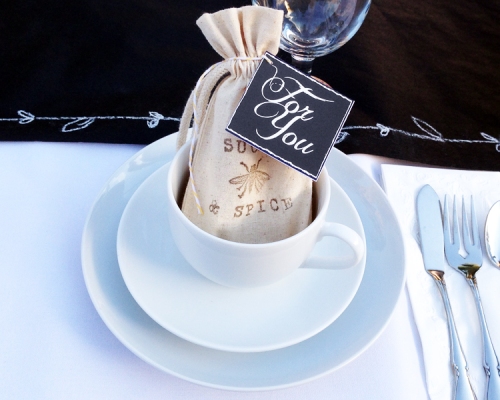 For the favors, homemade sugar cubes were tucked into some muslin bags I’ve had in my studio forever. 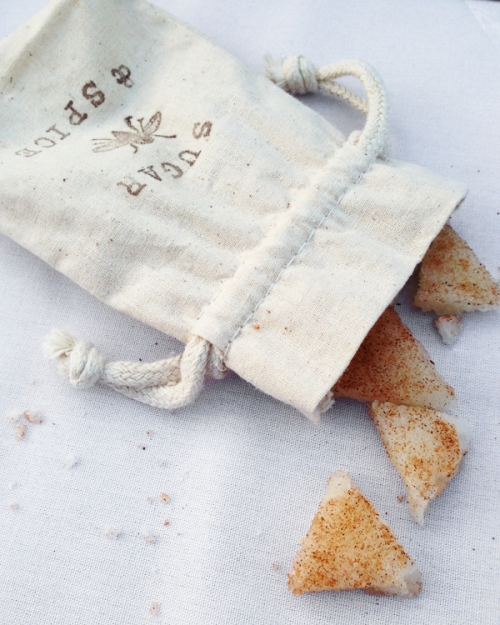 Sugar and spice and everything nice! I thought cinnamon sugar cubes would be the PERFECT favor for an afternoon tea baby shower for a girl. It doesn’t hurt that it’s also the easiest thing in the world to make!

For gift opening, I had a cava and pomegranate cocktail ready to go inside.